Traefik 2.3 (codename: Picodon - the cheese you can see illustrated below) and is available as a release candidate since mid-July 2020. More than a simple version increment, this release brings a lot of new features. Two significant new features caught my attention:

There are other new features that I won't cover in this post, such as compatibility with ECS, but be sure to check out my blog, I'll be posting an article on that soon.

Is there a pilot in the plane?

Traefik is a complete and powerful reverse proxy, as I already presented in a previous article. Nevertheless, it lacked a managed health check solution.

It is now possible for free! The new service was launched in conjunction with the Traefik 2.3 release candidate.

Traefik Pilot is a new concept, delivering an entirely new approach to network management in the cloud. At the moment, it only facilitates the health check of your Traefik instances, allowing you to receive a notification if it becomes unavailable or unhealthy. Traefik Pilot is available now at pilot.traefik.io. Additional features are planned and will launch in the coming months!

After a quick sign-up, it is now possible to register one or more instances of Traefik.

I added the command line parameter in the Traefik startup arguments in my Kubernetes manifest, and after a reboot, the status changed to Green (OK).

However, there are a few things to keep in mind:

By clicking on your profile name at the top right, it is possible to define alarms, via webhooks or by e-mail.

It is worth noting that it is possible to indicate you wish to receive security alarms linked to the discovery of possible CVE that corresponds to your version of Traefik.

Warm up the plugins

For many years I've been using the ubiquitous Apache HTTP web server. Undoubtedly, one of the enormous strengths of this product is its modularity, allowing the community to extend its functionality.

Traefik now allows the use of plugins as well. The list is currently rather small, but I do not doubt that the catalog will snowball as the community begins publishing its creations!

It is possible to contribute plugins written in Go by following the guide provided by Containous.

For this article, I chose the "Block Path" plugin written by Containous. This plugin allows us to block access to individual pages based on regular expressions dynamically.

The interest of this kind of plugins, already existing in most reverse proxies, is to be able to intercept access to individual pages and prevent the backend from receiving the request.

This type of middleware enables operators:

Plugins load via the static configuration of Traefik. For this part, I loaded it via the command line parameters, since this is how I approach loading my entire configuration in Kubernetes.

As you can see above, declaring the plugins is manageable via the experimental.plugins arguments.

In my command line example, "demo" is the name I gave to the plugin before moduleName. Thus, it contains the path to the GitHub repository containing the plugin, version being the Git version to checkout.

Once this configuration is in place, it is necessary to restart Traefik.

For this example, I have declared a new middleware for use by Traefik in Kubernetes:

Configuring the plugin declared in the command line arguments requires referencing it in the manifest above in the metadata.name field. In the spec field, we can now configure the plugin according to the schema defined in the plugin's documentation. In the example above, I've used regex to indicate that Traefik should block any request whose path starts with "/demo-" with 1 to 5 lowercase letters.

Now that I have defined my middleware, I have to load it into my IngressRoute.

I modify my IngressRoute by declaring it should load this middleware too. As a reminder, you can define multiple middlewares on your IngressRoutes, which will execute in the order specified.

As you can see in spec.routes[0].middlewares, I've added a reference to the demo middleware that I installed and configured in the previous steps.

Now, it's time to test my plugin configuration.

As you can see, the behavior we anticipated is present. Legitimate queries work as expected, and Traefik is blocking the requests which match the schema defined in the demo plugin configuration before ever reaching the backend service.

In conclusion: A small step for Containous, a big step for the community.

Traefik Plugins and Traefik Pilot are technology previews and only scratch the surface of their true potential; however, this open modularity will enable the community to extend the core features of Traefik without the necessity of custom forks or compiled code.

Traefik Pilot and Plugins will potentially allow companies to develop plugins on their own and thus adapt Traefik to their needs.

Traefik Pilot is an excellent initiative, and I can't wait to see how Containous will take-off with these new features!

Teddy is a Cloud Security Architect at WeScale, an organization made up of cloud experts. He's former Ops, self-taught, and is passionate about containers and automation. He believes that knowledge is wealth that must be shared.

Do Machines Learn? Testing in Production with Traefik 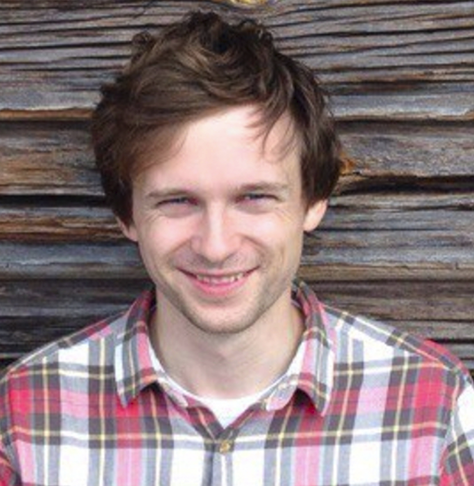 Alexander Dmitriev
·
How To
·

Here is the story about the personalization of a large-scale book reading service and building the infrastructure to evaluate new models utilizing Traefik.