Computer networking, the way computers link together to share data, has always been an integral part of computing. Without a means to load balance traffic across a network, a computer has little use in daily life. Networking enables the internet and the SaaS-based applications that come with it.

What is a load balancer?

A load balancer is a mechanism in both cloud and on-premises networking architectures that calculates how to distribute traffic across multiple servers, applications, services, or clusters and defines to which instance a given request will travel. It manages the flow of information between servers (which could be physical or virtualized, and in on-prem or cloud environments) and endpoint devices (which could be a smartphone, laptop, or any IoT device).

Load balancers form a crucial part of any network, and distributed systems cannot function without them. Load balancers create balance by ensuring each server receives an appropriate amount of load from end-users. They prevent some servers from bearing too much load and failing or slowing the application as a result, while other servers receive too little or no load. Some load balancers can perform health checks on servers to check the current and maximum capacity of a server, using this information to distribute traffic fairly between servers. Effective load balancers optimize application performance and availability.

Having a load balancer in our network has significant benefits: 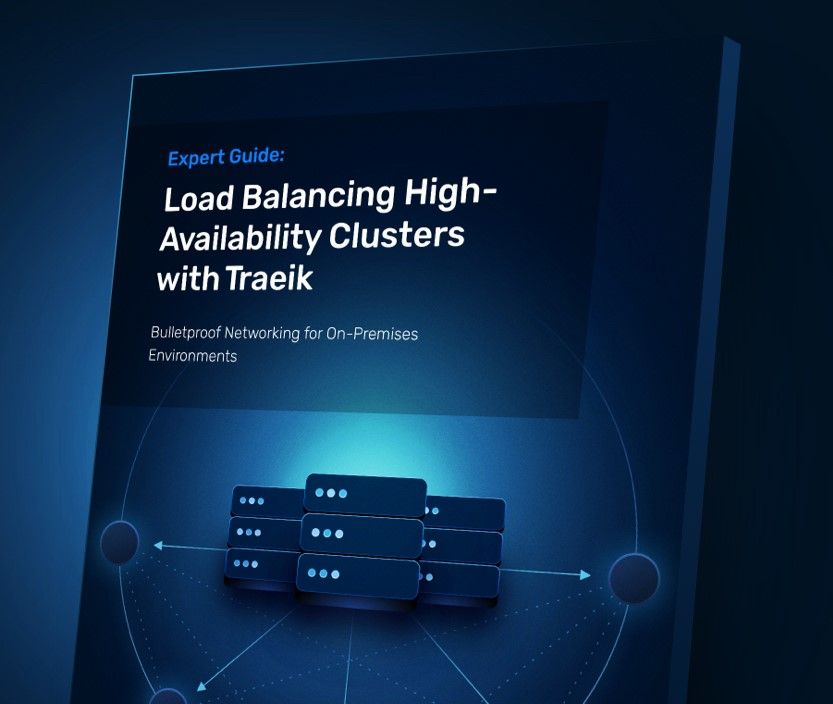 Load balancing has its roots in the 1990s when hardware appliances distributed traffic across networks. As information technology has become increasingly virtualized, load balancers have progressed into software. Load balancing today exists in both the transport and application layers of the Open Systems Interconnection (OSI) model, which is a standardized reference for how applications communicate over a network.

Layer 7 load balancers route network traffic in a much more sophisticated way than layer 4 load balancers, but they require far more CPU and can reduce performance and increase cost as a result. It’s up to you to evaluate which is better for your use case.

Load balancing becomes particularly complicated when performed in containerized applications that consist of many separate components. Different systems will therefore layer themselves on top of one another to provide advanced load balancing rules.

What is rate limiting?

Rate limiting is an advanced form of traffic shaping, which is essentially how you control the flow and rate of traffic coming into your application from the internet. Rate limiting middleware allows you to match the flow of traffic to your infrastructure’s capacity. This carries two big advantages.

Firstly, rate limiting allows you to make sure your infrastructure never becomes overloaded with requests and lags before failing. Without rate limiting, traffic entering your application would line up in a queue and create congestion in your reverse proxy. Likewise, rate limiting is an essential part of any security strategy as it minimizes the effects of DDoS attacks on an infrastructure.

Similarly, rate limiting gives you the ability to make sure traffic is distributed evenly between different servers. It means you can make sure certain proxies don’t receive more traffic than they should compared to others and that your proxies don’t favor certain sources of traffic from the internet over others.

Let’s illustrate an example of rate limiting. You can configure your middleware to allow, for example, ten requests per second with a maximum burst of fifty requests. When your middleware is holding fifty requests, it will automatically bounce any new requests. Likewise, you can configure sources to say, for example, ten requests can be received from Source A and ten from Source B.

What are other examples of advanced load balancing?

Rate limiting is an example of a technique that accelerates advanced Kubernetes architectures. There are also advanced load balancing mechanisms that ingress controllers enable. Some of them include:

Take your network to the next levelJoin our free Advanced Load Balancing Academy class and learn how to modernize and customize your load balancing with Traefik Proxy.Sign Up Today