Information technology systems are becoming increasingly distributed. Hybrid and multi cloud architectures have been adopted en masse, the network edge keeps expanding, and regions are entrenching when it comes to data regulations. Today, companies rely on distributed systems to answer the growing demand for cloud-based services.

Distributed systems offer many advantages. They reduce latency and increase application speed. They are designed to be scalable in real-time, allowing you to spin up additional resources on demand. Most importantly, they can be more resilient than traditional, monolithic applications, which are more likely to lapse if one server is lost. If well-designed, distributed systems can withstand failures in one or several nodes without losing performance. They have expanded the possibilities of cloud-based computing.

| Video: How to Simplify Networking Across Multiple Orchestrators

However, today’s distributed systems are considerably more complex than previous monolithic equivalents. Networking becomes far more challenging, as there are more components that must communicate with one another to ensure the resiliency of the system as a whole.

Kubernetes has become the standard framework for running distributed systems. It is an open source container orchestration engine that automates the deployment, scaling, and management of applications packaged into clusters of containers. Kubernetes makes distributed systems more efficient, scalable, and automated. It is also a very complex tool with a steep learning curve that can take years to overcome.

The array of tools is overwhelming

A diverse and thriving cloud native ecosystem has grown around Kubernetes to ease the complexity of the tool. There are hundreds of vendors, tools, and platforms to choose from by now. Disparate tools and processes can easily become chaos for companies that don’t streamline their application development. Amidst such noise, finding the right networking tools is key for overcoming the complexity of Kubernetes.

As companies scale, they need to run different clusters in different environments and connect them after the fact. While the problem of routing within clusters is relatively easy to solve with tools like Traefik Proxy, routing across clusters is far more challenging.

Whether you’re new to cloud native computing or have been around the block more than a few times, multi-cluster networking is tough. It can be slow, error-prone, and chaotic. As you start adding more clusters, there are more moving parts to route and keep up to date, and the complexity also scales.

Multi-cluster networking becomes especially complex when some applications are running in VMs, others in Docker Swarm, and still others in Kubernetes. Most companies don’t use Kubernetes for all their applications and instead have heterogeneous, distributed systems. These systems have asynchronous nodes and components, with different hardware, middleware, software, and operating systems, allowing the system to be scaled with the addition of new components. The heterogeneity of distributed systems adds to the complexity of its networking.

Distributed systems can be more secure, but they also have more room for error and security flaws. With so many network layers and pieces to secure, there are more vulnerabilities and a broader attack surface than traditional, monolithic systems. Whether you look to authentication middleware or more cloud native API gateways, it’s crucial to integrate security into all your clusters.

To provide distributed applications with resilience, the right tools are key. An orchestrator-agnostic application proxy can direct client requests to the right backend service, as well as:

If the application proxy also provides a unified management interface, it can automatically handle routing across clusters (including different orchestrator types) to facilitate service migration across clusters.

An application proxy like Traefik Enterprise, for example, accomplishes this by layering instances at multiple levels. At the cluster layer, the proxy handles service discovery. The proxy also lives next to the network edge to automatically inherit dynamic configurations from the cluster.

| Video: How to Simplify Networking Across Multiple Orchestrators

13 Key Considerations When Selecting an Ingress Controller for Kubernetes

Ingresses are critical to any successful Kubernetes deployment. So, how do you choose the right Ingress Controller? 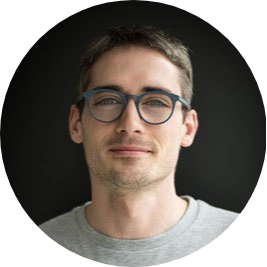 The evolution of the #Kubernetes ecosystem has led to the creation of an unbelievable amount of tools designed to help Kubernetes developers and operators. Here’s a quick list of the top 5 tools you should keep in your arsenal.

Simplified security for Kubernetes with Traefik Proxy and Let’s Encrypt

Encryption for network security is a non-trivial matter, particularly in complex environments. Traefik and Let’s Encrypt can make the process of securing Kubernetes clusters simpler, speedier, and more resilient.