An Interview with New Leadership at Containous

We recently welcomed new leadership to the Containous team.

His name is Vincent Pineau, a tech veteran who has successfully lead two companies to the win.

One, Talend, the third French company to make it to the NASDAQ, and the second, Influans, a company recently acquired. Vincent joined our small and dedicated leadership team as CCO, standing alongside Emile Vauge, founder and CEO of Containous, and the inventor of Traefik, a world class, cloud native edge router.

Vincent and I have a highly collaborative relationship around my marketing efforts. Here, I ask him questions to better understand his vision for the company, and how he’ll lead us to becoming globally recognized, and trusted for our brand, products and customer service. Please read on.

Patricia: What is your title at Containous, and function does this role play?

Vincent: I am the new “CCO,” which stands for Chief Customer Officer, although titles aren’t very important to us. More meaningful than a title is a person’s focus. My focus is to extend Containous from the amazing open source company that it is, to an open source business. I am responsible for putting together and to oversee, the appropriate programs and services to grow the business. I will enable our expansion, from a customer support, sales and marketing standpoint.

Vincent: First, we will continue to develop products which are easy and relevant to the quickly evolving IT infrastructure world. Then, we’ll hone in on what our customers, and the open source community needs to drive the most value out of our products. Commercial support, expertise consulting, advanced training, specific “enterprise grade” capabilities, those are the key variables that I’ve seen leveraged in the past to build sustainable open source companies…which is exactly what Containous will become.

Patricia: Wait. So. What’s your background?

Vincent: As a quick study, I was part of the founding team that grew one company to an IPO on the NASDAQ, and co-founder of another company which was acquired late 2018. To give you the full story, we have to go back a little bit and explain my journey in tech. I had my first computer when I was 10. You know my age, so that takes us back a while.

Patricia: Do I know your age? I don’t.

Vincent: I just turned 50 in January. I had a computer in ’79, and I was probably one of the first dozen in the area of Lyon to have a computer. As a curious kid, I started tinkering with computers. I came to have several of them and then as a teenager, had to choose a major. After some deliberation, I chose to focus on mechanics.

The computers, everything IT related, became a passion, but I earned my major in mechanical engineering. The team at my first job figured out very quickly that my value was in IT, not acting as a mechanical engineer. Eventually, I became the IT Director there. I implemented an ERP solution, and was quickly hired by the vendor to become a consultant.

That’s when I discovered the “vendor” side, which quickly brought me to the U.S. After about a decade working for traditional enterprise vendors, I was introduced to a French open source company, Talend, and given the opportunity to launch it globally. That meant taking an open source company which was having a fair amount of organic traction, acting as an evangelist, and bringing attention to the company, with the goal of turning existing users into customers.

That journey started in 2007, when commercial open source was still being established in the U.S.

During that time frame, I spent a lot of time explaining to customers the advantages of open source.

I don’t believe in open source being at odds with proprietary software. Generally, I believe that open source is superior, because it is the result of a community driven focus.

Patricia: What does the future hold for Traefik?

Vincent: I see wonderful opportunities here. When I was with Talend, we had a similar opportunity with similar challenges. We started as a small team in France, with a small amount of funding. We became serious about bringing the product to market, and my charter was to raise awareness to a global marketplace, not just Europe.

We have a similar story with Containous, in that it has substantial organic growth and humble beginnings. Now, we going for the gold by dedicating more developer, marketing and community resources to growing the company. We will bring not just Traefik open source edition more visibility, but expose the value of Traefik Enterprise Edition to a worldwide audience.

I am excited to create an evolution. Containous is a mind blowing company with a thoroughness that the team is proving through the development of high quality software.

We will show why we’re worth getting to know.

We are creating a technical evolution, beginning with Traefik and Traefik Enterprise Edition. I’m excited to lead us into creating it.

For those interested in free early access to Traefik Enterprise Edition, and to those already using Traefik in production who wish to share your stories, please email me: patricia at containo.us.

How to Pronounce Traefik? 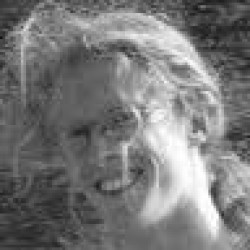 In this article, we explore two main ways Traefik Proxy uses Tailscale — one based on the utilization of the TLS management feature and one bonus story for nerds!